Coronavirus Update: I will Pledge! Ask Netflix to cancel film depicting Jesus as a homosexual!
CitizenGO
is a community of active citizens that seeks to promote the participation of society in politics.
we are
12,637,228
active citizens · join us now!
What do you want to change?
Create your petition!

Withdraw books asking pupils to lure each other into having sex KENYA: Defend Life and Family at the UN in Geneva Stop the introduction of a third sex in the 2019 census.
more victories >>>

Join us in protecting life, family, and religious freedom at the UN

Stand up for Christians and other religious minorities in Africa and Asia facing persecution. Stand together with healthcare workers in Europe who seek to act according to their conscience. Help us defend the most vulnerable in society, whose right to life is being threatened around the world.

This December we will commemorate the 70th anniversary of the adoption of the Universal Declaration of Human Rights. But many rights have been limited, neglected, or distorted. 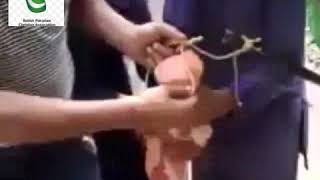 Let's Get Asia Bibi Out of Pakistan

Last week Asia Bibi was finally acquitted in Pakistan after trials had gone on for years. From CitizenGO we want to take Asia Bibi and her family out of the country and give them a better life. They are now prohibited from leaving Pakistan and the case could be reviewed. Abortion Provider BPAS (British Pregnancy Advisory Service) has been campaigning to establish ‘buffer zones’ (or more appropriately, censorship zones) outside of abortion clinics by saying that those involved in pro-life vigils are frequently involved in the harassment and intimidation of women. Sign to Support Freedom of Education and Homeschooling in Iceland!

Iceland’s primary school system is rapidly deteriorating. A third of Iceland’s young men are illiterate after ten years of study, and one in ten fourteen year old girls worries about being bullied in school. Iceland has some of the world’s most medicated children, and recent government efforts have only exacerbated the situation. Instead of responding to our concerns about their programming, Netflix has continued an all out assault on life and the family.

0100,000
50,400
50,400 signatures
· by The Christian F...
Sign this petition!
CitizenGO
is a community of active citizens that seeks to promote the participation of society in politics.
we are
12,637,228
active citizens · join us now!
What do you want to change?
Create your petition!
Start a petition