Keep Men Out of Women's Shelters

Women’s Aid, a federation which oversees over 300 women’s only shelters and refuges are now reviewing their hiring policies to reconsider whether they should hire men who identify as women.

Having run for almost 50 years, these shelters have acted as refuges for vulnerable women who have often been physically or sexually abused. Because of the trauma many of these women have undergone, sometimes at the hands of husbands or boyfriends, sometimes they are fearful of men and wish to be kept in a women only space (even if only on a temporary basis).

In the last few years, the right of medical professionals to conscientiously object to procedures which are destructive or potentially destructive of life has been under persistent attack and even eroded in some cases. 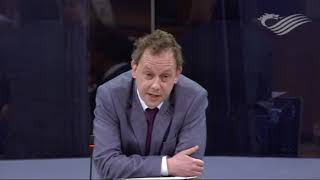 Debate in the Welsh Assembly Must Not be Silenced

On the 13th of December 2017, UKIP AM Gareth Bennett was barred from speaking in Senedd debates in 2018 following a speech about transgender rights.

The Presiding Officer, Elin Jones, gagged Mr Bennett throughout 2018 until he apologises saying that “Some of his comments were particularly hateful to the transgender community.”

What assembly rules did Mr Bennett break? We have not been told.

It seems his crime was offending the temperament of Ms Jones and nothing more.

Student Authoritarians: Stop Telling Us What to Think

The Joint Select Committee on Human Rights has launched an inquiry into freedom of speech in universities, and they want written submissions.

CitizenGO has been following the decline of freedom of speech at universities and in wider society closely for the last few years. We’ve even written a few petitions on it and have been supportive of Jo Johnson MP’s efforts to ensure that free speech remains free at university.

This petitions details the CitizenGO response to the Joint Committeee.

SIPO: Amnesty Ireland Claim To Take Soros' OSF Money For Repealing the 8th - And, MUST Return It!

Only two weeks after CitizenGO launched a campaign, specifically asking the Standards in Public Office commission (SIPO) to investigate Amnesty Ireland's acceptance of a large, foreign donation (€137,000) from George Soros' Open Society Foundations (and, also, tell them to return it!), SIPO have, in fact, instructed Amnesty Ireland to return the donation, as it is in breach of the law.

Boys Do Not Belong in the Girls' Shower

Furthermore, the guidance also explicitly advises its leaders not to inform parents that “a trans person” (a man who thinks he is a woman) will be attending a residential event with their daughters.

Girlguiding UK has completely brought into transgender ideology and the accompanying ideas that we must all endorse a child’s gender confusion.

In recent months, we have seen the prolife voice being stifled on multiple fronts, whether at universities, in the media or, most recently, outside abortion centres.

In response to the vote by Ealing and Portsmouth Council to ‘take action’ on prayer vigils outside of Marie Stopes in Ealing, the Home Secretary, Amber Rudd, has said that she will launch a review into the prolife presence outside of abortion centres.

Earlier this year, the Government in Westminster said that the NHS would be providing free abortions in England at the expense of the British taxpayer for residents from Northern Ireland. Abortion remains a devolved issue in Northern Ireland so it is beyond the jurisdiction of the Government in Westminster to legislate on this issue in the Province.

Stop the Scottish Government Dismantling Abortion Law by the Backdoor

The Scottish Government, without consulting the Scottish people or subjecting these proposals to Parliamentary scrutiny, have made one of the most significant policy changes in abortion practice since 1967 - anno

Say No to the Church of England's Transgender Trojan Horse

Earlier this week, the Church of England issued updated guidance – Valuing All God’s Children – on “homophobic, biphobic and transphobic bullying” in schools.

While rightly highlighting the equal dignity that all children have regardless of any other considerations, and their equal right to education, the document is nothing short of a Trojan Horse – it is a wholesale, entirely uncritical, endorsement of transgender ideology.